Free shipping in Europe for orders over 35 €* Denali is North America's highest mountain, and the third most prominent peak on the planet. It was long known as Mount McKinley before formally being named Denali in 2015, the native name of the mountain, meaning “the tall one”. The first successful summit ascent was recorded in 1913. Today the mountain is climbed frequently. Not only is it one of the Seven Summits. Its cold temperatures and harsh winds also make it a great destination for climbers who want to prepare for Himalaya expeditions.

We have illustrated all Seven Summits: 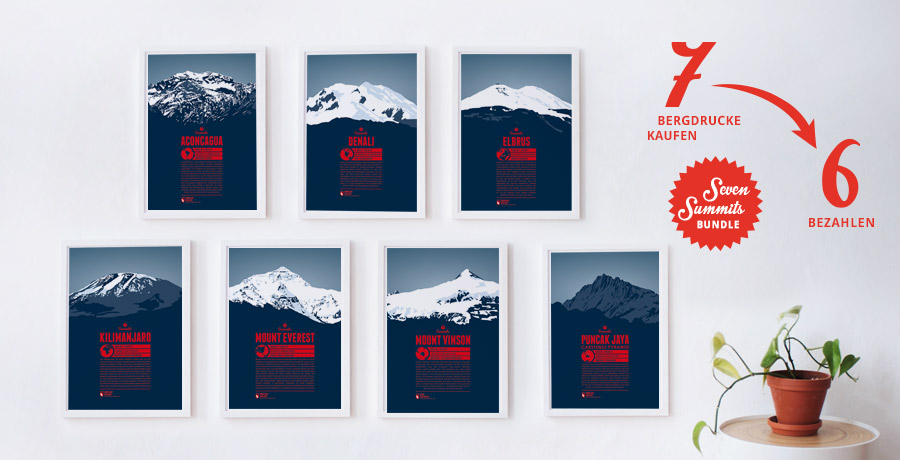 Our other mountain prints: See all our mountains

Denali on our Mountains of the earth map

You can find Denali and and 553 other mountains around the globe on our world map Mountains of the Earth.

Denali in our Mountains of the Earth Quartett

Denali and 31 other illustrated mountains all around the globe.
Available in English.

Denali on our map of the Ski Resorts of the West

Denali and all 246 ski areas in Western Canada and the Western USA on one map.