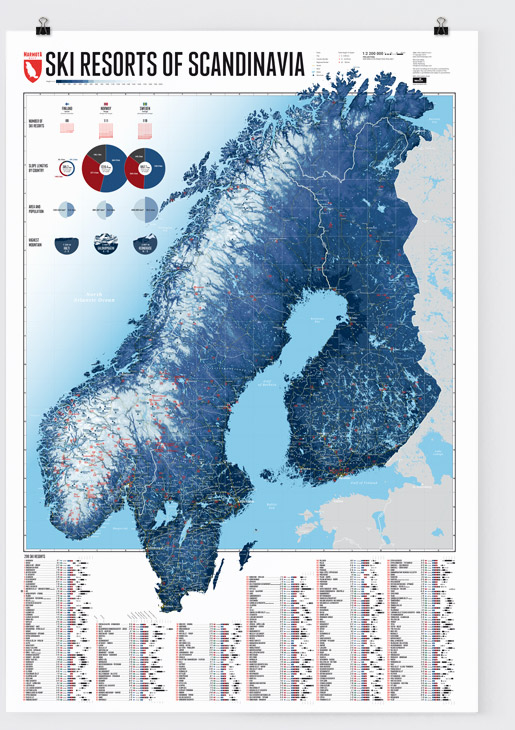 The first map of all 299 downhill ski areas in Norway, Sweden and Finland – displaying minimal and maximum height, and blue, red, and black slope kilometers for each ski resort.

Basic structure of our map

The map shows the territories of Finland, Sweden, and Norway (without Jan Mayen island and Svalbard). We created the basic structure of the map with contour lines for every 100 meters to give a good impression of the the topography of Scandinavia. Then we added roads and waters, cities and mountains, as well as regional and country borders, and finally the ski areas.

With the data provided by skiresort.info, we checked and marked all 299 ski resorts on the map. 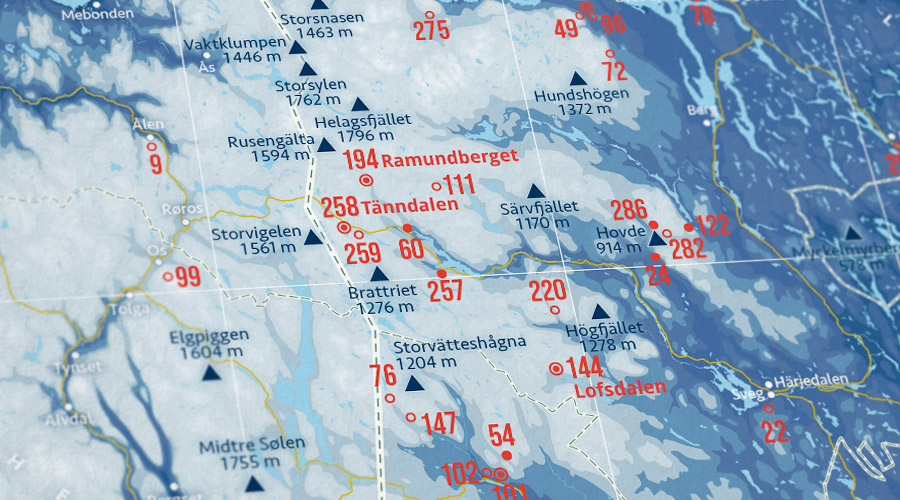 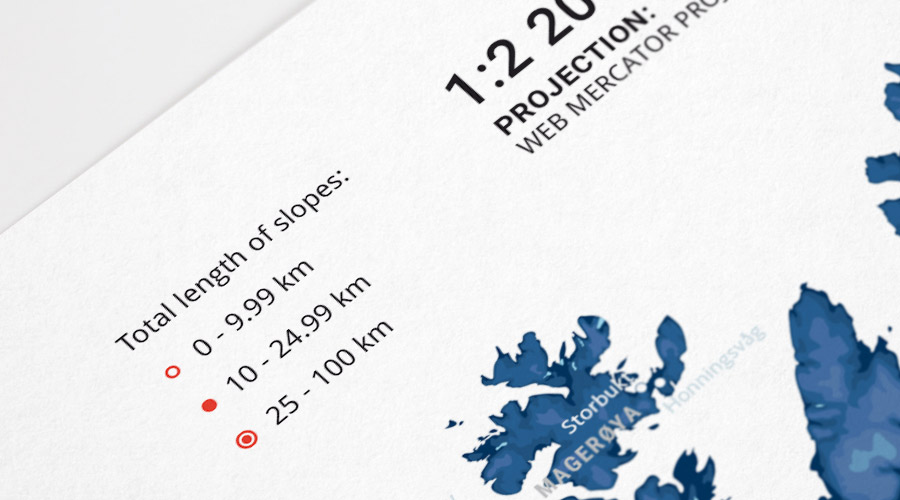 For each ski area, we list the country, the total slope length and blue, red, and black slope kilometers for the varying degrees of difficulty, and finally the minimum and maximum height of each resort. 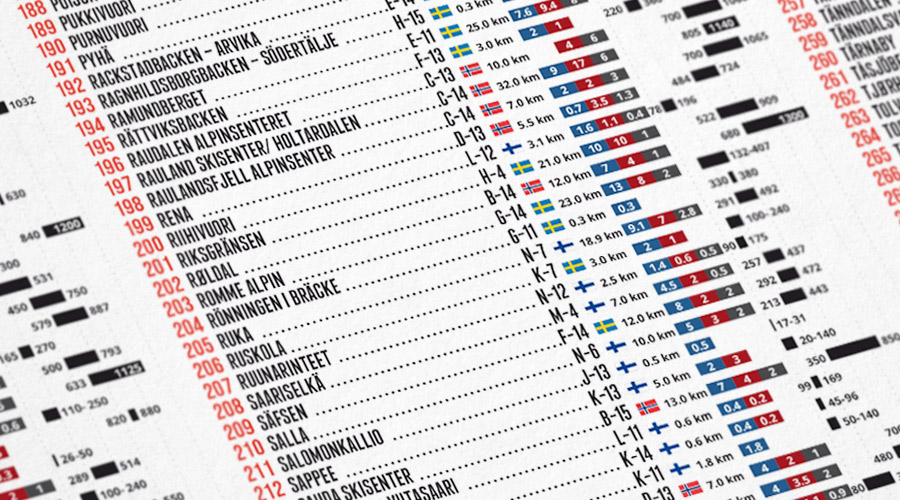 Our infographics show different information about the ski areas and demographic and geographical information for each country at a glance. 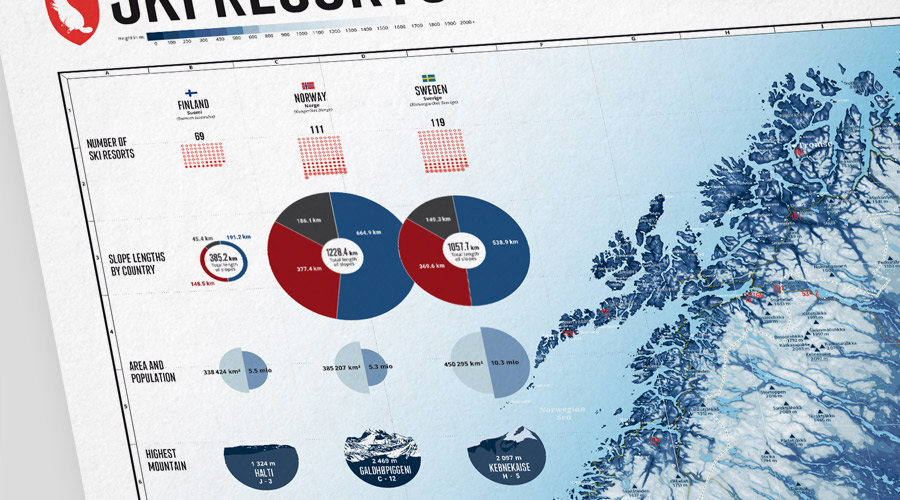 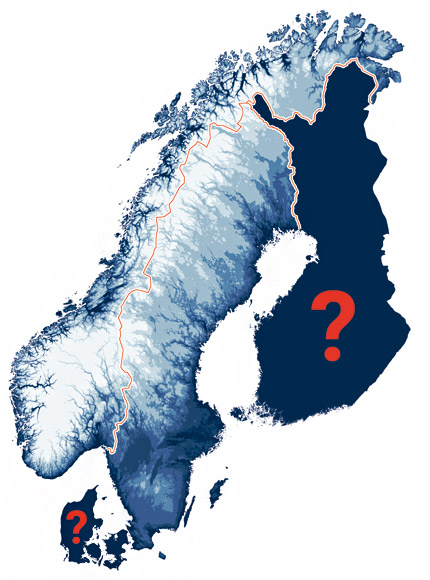 Our reasons to choose this map title

Is Finland part of Scandinavia?

And where is Denmark?

We named our map Ski Resorts of Scandinavia for the following reasons:
- There are hardly any outdoor downhill ski areas in Denmark ¹, which is why Denmark is not on our map.
- As mentioned above Finland is at least sometimes regarded as part of Scandinavia, especially its northern part. Since quite a number of Finnish ski areas are up north we decided to include Finland as a whole on our map.

¹ Read more about Scandinavia and the countries of northern Europe here.

Marmota Stickers for our ski map

Our matching Marmota stickers let you mark your very own experiences in the Scandinavian ski resorts.

Tips for hanging up the map

How do I get the map onto my wall?

Kebnekaise is Sweden's highest mountain, situated about 150 kilometers north of the Arctic Circle. 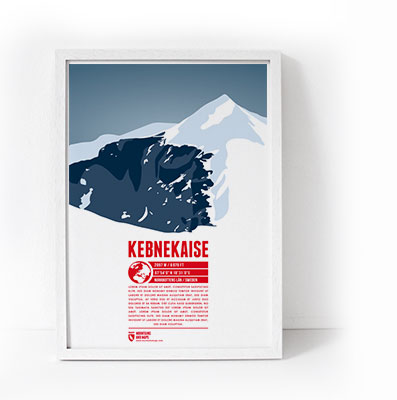 Korvatunturi is located in Finnish Lapland and - according to some - the home of Father Christmas. 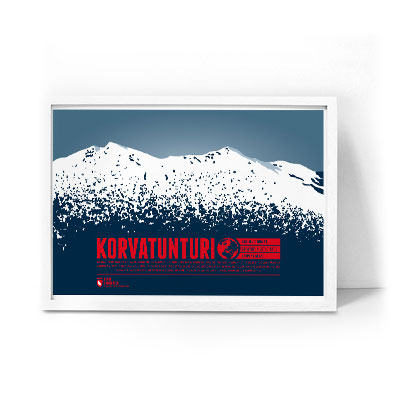 Stetind is Norway's national mountain and one of the most famous peaks in all of Scandinavia. 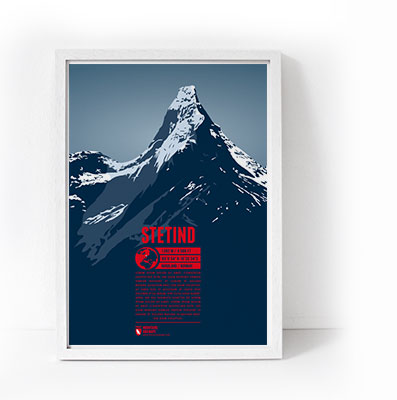